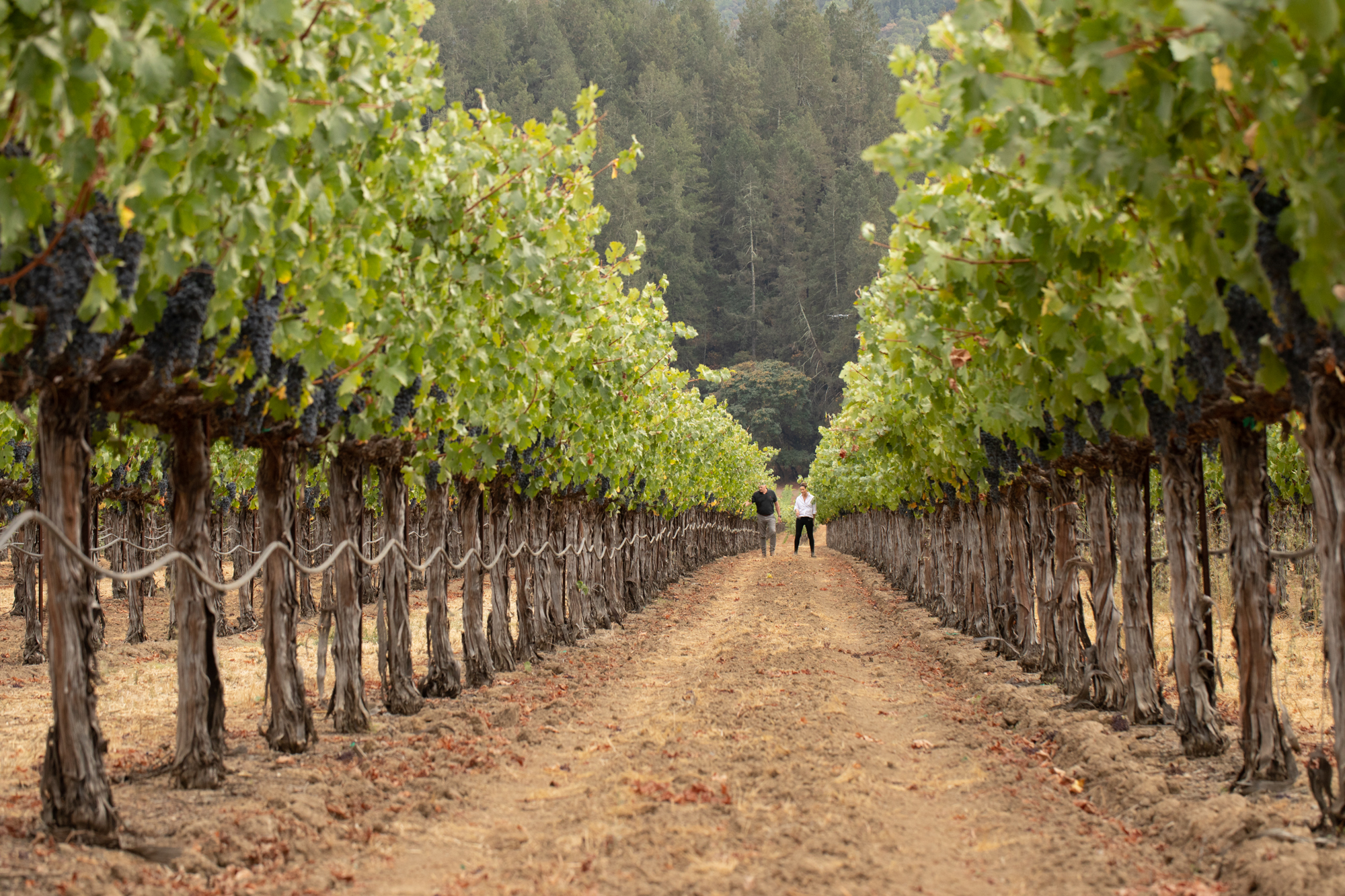 This is a story about a winery in Australia, whose mandate is to source the best fruit each vintage, from the region that is doing it best each vintage. Unlike most wineries in Australia (who focus on vineyard and vintage expression through the lens of their winemaker/s), Penfolds operates like a Champagne house, seeking to find the best fruit each year in order to maintain house style. This has not always been limited to Australia: we saw the Champagene project with Champagne Thienot, Lot 518 Spirited wine with Baiju… there was G3, and then G4 (blended vintages of great Grange vintages)… it is a fascinating MO, and with the corporate resources behind it, has meant that Penfolds has achieved both consistency across the decades and a reputation for courageous invention.

Now, we have Quantum. The California Project.

During 1998 – 1999, a selection of Magill Estate and Kalimna Heritage Selection vines were planted in Californian soil, at Block 30 of the newly purchased Camatta Hills Estate, Paso Robles. Formerly known as Creston 600 Ranch.The 11.5-acre Block 30 (the original and most prized block on the Estate) was fully propagated and planted by 2001. While planting the vineyards, viticulturists discovered another bonus: prized limestone or, in geological terms, “Camatta” soils – hence, the name “Camatta Hills”.

Comprised of four wines that are, in Peter’s words, ‘California above the ground, California below, but everything else is Penfolds.’

Dusty red gravel on the nose, red licorice, mulberry, cocoa and impressive length of ripe flavour, as expected. Opulent layers of red fruits – it is salty, sweet, juicy and savoury. A lot to like here, probably more Penfolds than anything else, and with a plump countenance. This is the gateway wine into the colelction.

Surprisingly, indistinguishable from Barossa cabernet, with the exception of the fresh acidity, which elevates it into modern, elegant and verging on fine. The tannins remain brutish and chewy. It is fleshy, very long, and brilliant now – although the tannins suggest it will go some distance in the cellar with ease.

This is a noticeable step up in quality. Very layered and complex, this is a deep, dark pool of flavour and texture. Density, concentration and rich, powdery tannins swirl in the glass, each holding onto the tail of the other, making discernment between them almost impossible. Tannins merge with fruit, which is tied up with acid, and so it goes again. Salted mulberry, poached raspberry, and aniseed; this is intense, dense, opulent. A very impressive wine.

A1 shiraz from Australia, sent over as a complete wine in custom metre x metre cubed tanks and blended with the American component prior to maturation. If you’ve ever had new release Grange, you will know exactly what the texture of this wine is like. Formidably tannic yet plush and opulent, it is a commanding and authoritative wine both on the nose and palate, all of it saturated in streamlined uber high quality. Matured in A.P. John American oak barrels (used for Grange), which are made in Australia, and shipped over to the USA as completed barrels. This is dense, salty, savoury and endlessly layered. Very, very long and absolutely no question as to how long it will gracefulle evolve in the cellar: decades. 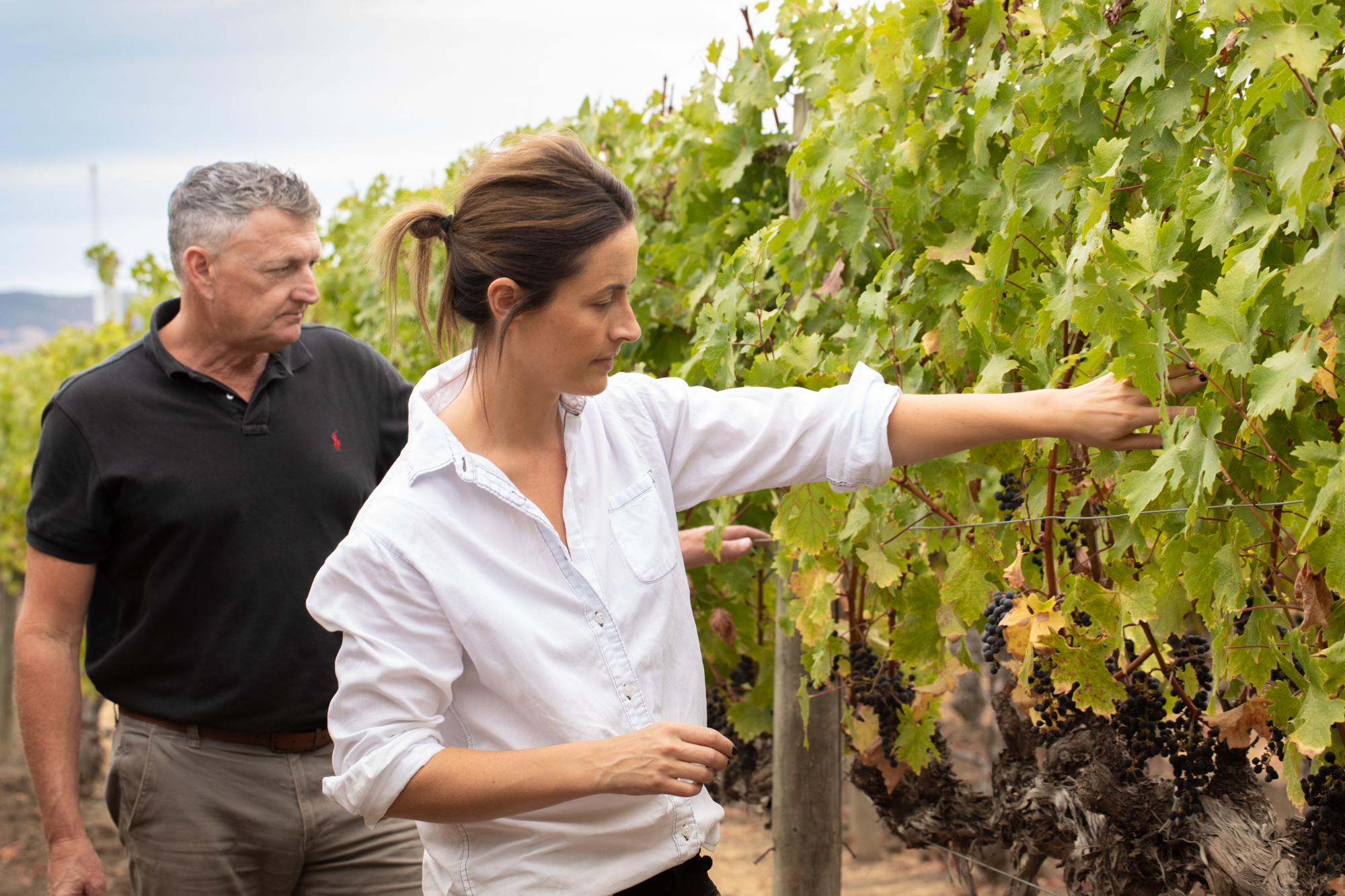 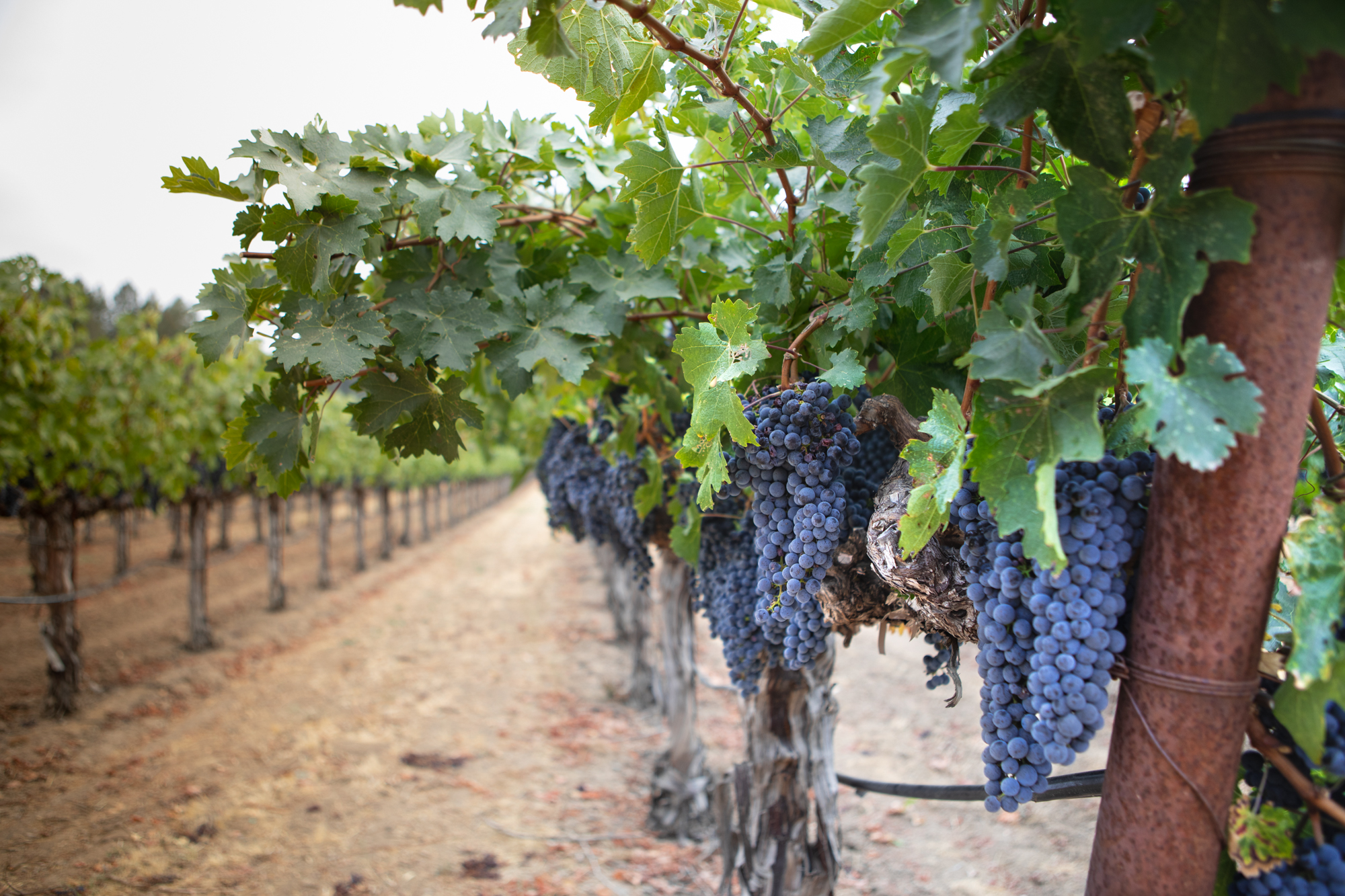 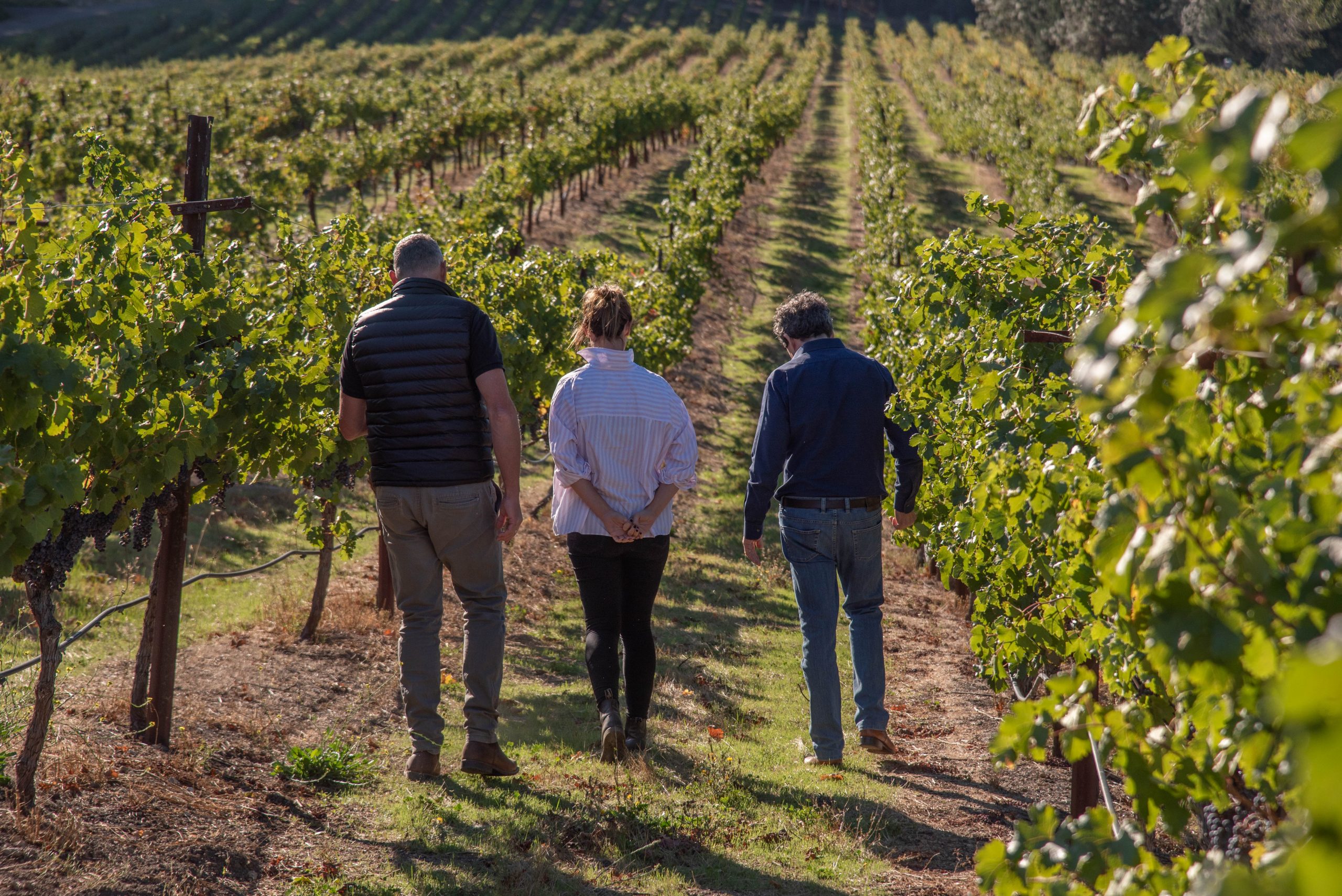 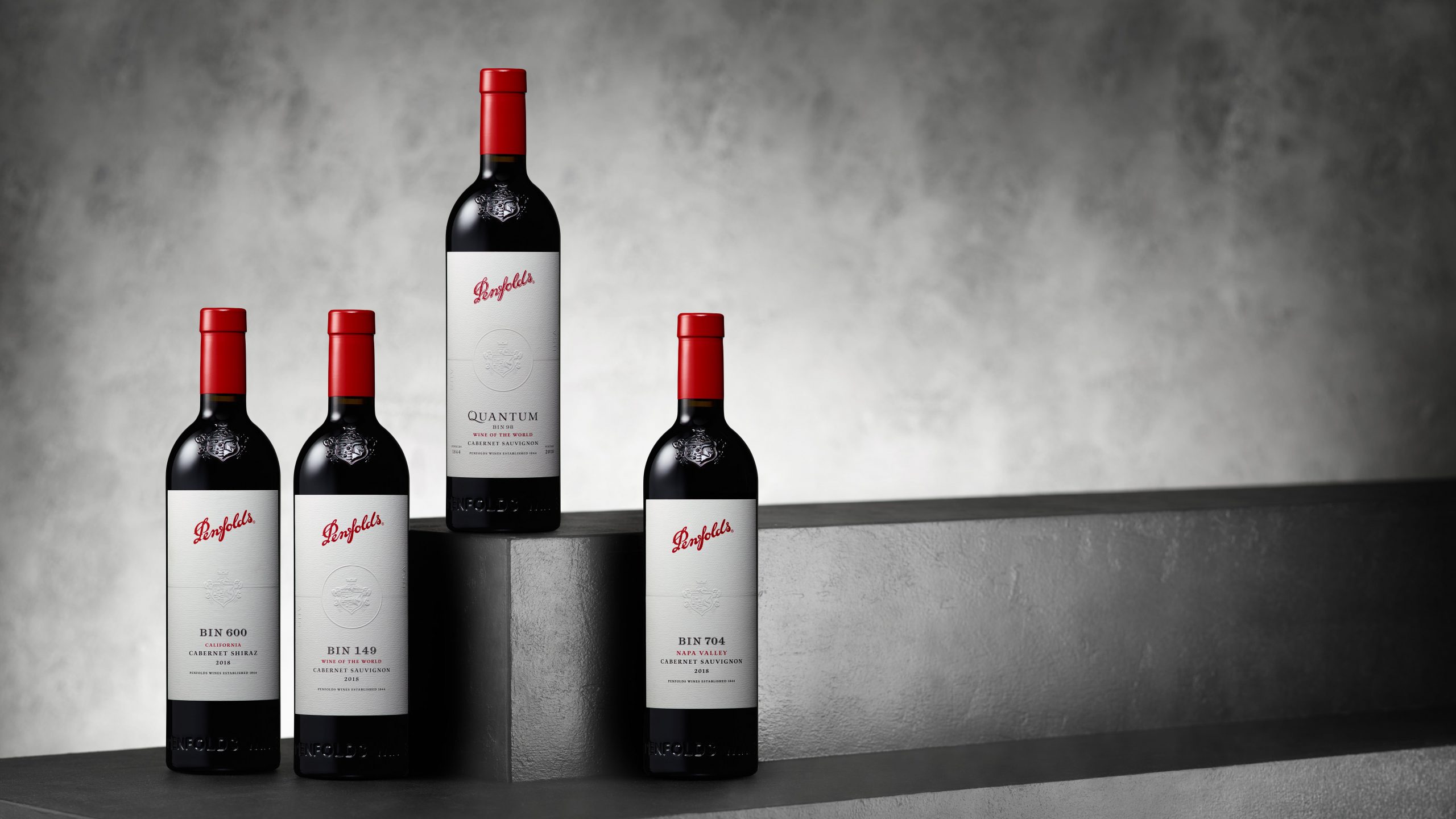